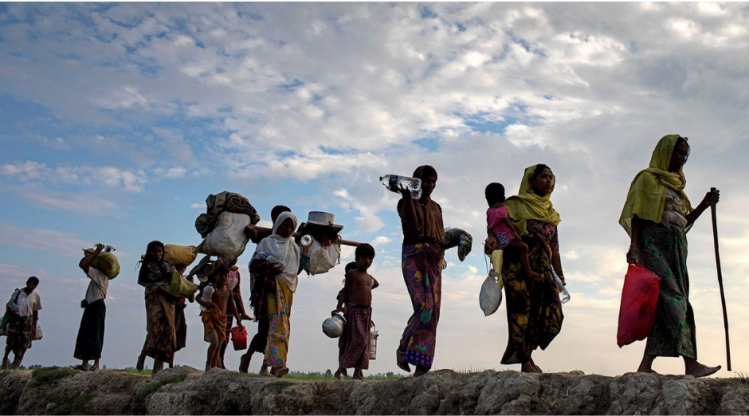 An unexpected surge in interviews for people seeking asylum is leaving them with only two weeks-notice to prepare for potentially the most important interview of their lives.

The Australian Government plans to rush through around 1,100 interviews of people in the ‘Fast Track’ process, predominantly across NSW & Victoria. The Government, indicating their intention to resolve the first round of interviews before the end of June, are leaving some of the most vulnerable at risk of a process that sacrifices procedural fairness to meet a deadline.

This increased processing timetable came without any notice, consultation, or coordination with the legal community, leaving them inundated with requests for support. People with upcoming interviews are also currently unable to access these in-person, with all interviews taking place by phone or video-link, despite the courts and tribunals resuming hearings face-to-face.

Community legal centres have raised their concerns that the two-week notice period alongside this increased demand is making it impossible for many applicants to secure legal assistance and prepare for their interviews, which would enable them to put their strongest case forward.
These people seeking asylum have been left with intense and harmful uncertainty for years, with many separated from their families indefinitely. Their bridging visas have denied most of them any form of a safety net of income support, even during the COVID-19 pandemic.

This unexpected surge in interviews does not adequately consider the increased vulnerability of many in the community.

‘Fast Track’ processing was established in 2014 as a means to increase efficiency in processing 27,000 people that arrived by boat prior to 2014.
This process denies people the right to access the Administrative Appeals Tribunal to appeal a negative decision, only having access to an ‘on-the-papers assessment’ through the Immigration Assessment Authority. Which means, this interview will likely be their final and only chance to present their case directly before a decision maker.

In 2017 a ‘lodge or leave’ deadline was implemented requiring people to rush to make their applications by 1 October 2017.

This 30 June interview deadline is yet another arbitrary deadline set by the Government without consultation and engagement with the community affected.

Sarah Dale, Centre Director & Principal Solicitor, Refugee Advice & Casework Service (RACS) said: ‘Many of the people affected by this surge in interviews are some of the most vulnerable. They include people with significant mental health issues, due to years of uncertainty surrounding their futures, and anxieties created out of the delays in this processing. We are receiving requests for assistance from many people impacted by the financial insecurity created by COVID-19 who have nowhere else to go. The sudden surge without warning has left the community and the services who support them, completely overwhelmed.’ ‘We were told this would be a Fast Track system. We haven’t seen this system move with the haste we are seeing as it draws to an end. It is without any consideration of the significant change in the vulnerability of the community we support, nor the fact people have waited 8 years to tell someone their story, only to be left to do so by phone- their one and only opportunity in this process to be heard.’

David Manne, Executive Director & Principal Solicitor, Refugee Legal said: “This sudden surge will deprive many people of the chance to access the legal help they need – and a real and fair opportunity to prepare and present their case. Legal help is essential for people to effectively present their case — without it, it’s a recipe for failure, which violates rights and endangers lives. We call on the Department of Home Affairs to ensure the processing systems are fair and reasonable; so that people seeking asylum, who've fled human rights atrocities, can effectively present their case for protection. Without this help, we know that serious miscarriages of justice can and do occur, and ultimately, could mean people could be deported to danger - even death - without getting a fair go before the law.”

Carolyn Graydon, Principal Solicitor and Manager, Human Rights Law Program, Asylum Seeker Resource Centre (ASRC) said: “The Government's decision to rush through these interviews by June is at the expense of rights and will result in poor and wrong decisions. People owed protection and safety in Australia will slip between the cracks and then face forced return to situations of persecution. We call on the Government to slow down this process so that it will not jeopardise fairness to these people who have long been the victims of unfair and policies targeting them just for fleeing persecution by sea. It is deeply concerning to see them subjected to this further chapter of unfair and mal administered legal processes.”

Kylie McGrath, Acting Executive Director & Principal Solicitor, Refugee and Immigration Legal Service (RAILS) said: “Those who come to Australia seeking safety should have access to a fair process. They need to be able to talk to a lawyer before they are interviewed by the Department. Ideally, they need a lawyer present with them during this interview. They need access to the documents that the Department has collected about them and will rely on during that interview. These things simply cannot happen if over one thousand vulnerable asylum seekers are interviewed in just a few months. This purported “Fast Track” process has not been fast at all. These asylum seekers have been in Australia for almost ten years waiting for a chance to be interviewed. It is not fast, and it is not fair to interview them en masse in just a few months. We call on the government to urgently slow the pace of interviews and put in place safeguards to ensure that vulnerable members of our community are not returned to danger”.

You can help now. Because everyone deserves to live free from danger. Safety cannot wait.

You can support us and stay in touch with our work by becoming a member.

We could not do the work we do without the help of our many volunteers.